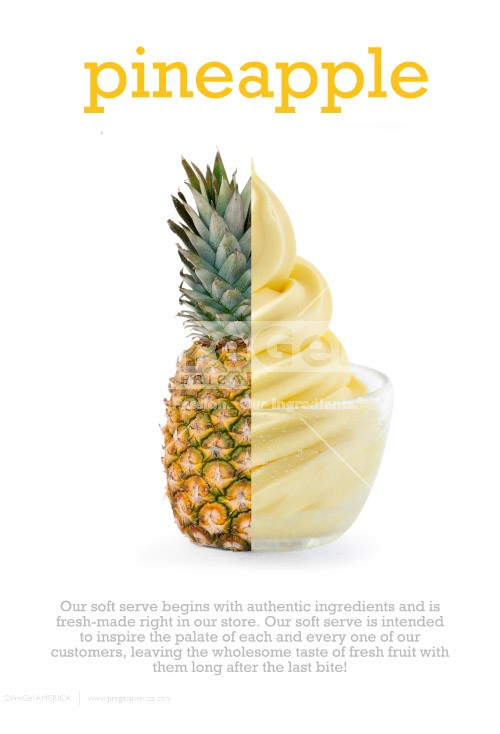 Inspired by a Vape Kitchen juice from River Supply Co.  All previous attempts had been constructed around INW's Pineapple, but after trying VTA's SugarLoaf, IT became obvious that IT needed to be the star here.  Not overly complex, but a great pairing of a Juicy Pineapple, and a creamy Soft Serve Ice Cream.

The construction was fairly simple with LB's VIC and TPA's Vanilla Swirl as the foundation for the Soft Serve, with a SMIDGE of Hangen's French Vanilla Ice Cream, and only to bolster the base, anything higher would pull it off of Soft Serve.

VTA's Sugarloaf really is a Pineapple powerhouse, and it carried the weight here, with a little pop from VTA's Fizzy Sherbet, and some high end punch from CAP's Juicy Lemon.

Not bad, not bad at all.  I can't answer to subbing as it took a while to get it to this point.  To push the Pineapple further, you could add 0.5% of VTA's Pineapple Juice.

Steep Time ???  You'll have to decide.  Decent off the mix, but the Soft Serve will up steep, and improve after a short 1 week steep.